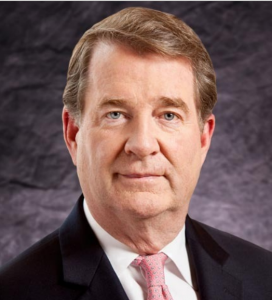 Jim is of counsel in the Vorys Cleveland office and a member of the corporate and litigation practice groups. He has been involved with the mediation and arbitration of complex cases throughout the United States, including tort business, securities, and employment litigation as well as unwinding and restructuring businesses as a result of unexpected market changes. Jim also assists health care and other corporate entities in strategic planning.

Experience as a future claims representative and/or trustee:

Jim has spoken across the country on asbestos litigation and has also been a frequent lecturer to judges on a state and federal level. Presentation topics have included product liability, employment law, mediation techniques, and other areas.

Jim received his J.D. from the Cleveland State University, Cleveland-Marshall College of Law, and his B.S. and B.A. from Georgetown University.

Jim has authored dozens of reported cases that are contained in the Ohio Official Reports and North Eastern Reporter System.